In January I was working on a central heating system for a customer on Military Hill in Cork. As I was getting materials from the van I was approached by one of the neighbours to have a look at her central heating system. I schedule a time later in the day to look at the plumbing issues in the house.

When I arrived at the house it was clear to me that this person had gas boiler problems. The boiler was located in a carport in an external part of the house. A boiler is an internal appliance and this should never have been installed in this location.

The location of the boiler caused numerous problems. The roofing over the carport was damaged and it was exposed to the elements. The top of the boiler had become corroded and had blown the circuitry. There was no insulation on the pipework and had burst due to frost. The system was empty because of this. Another bigger issue was that the gas supply line was damaged and was leaking.

The photos will show you the extent of how much the system was compromised. 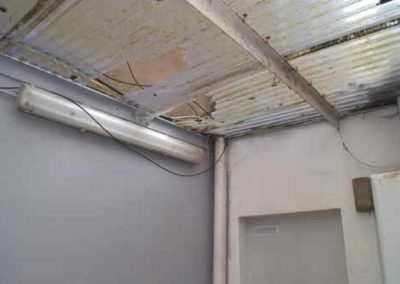 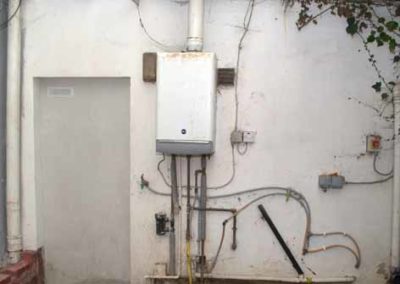 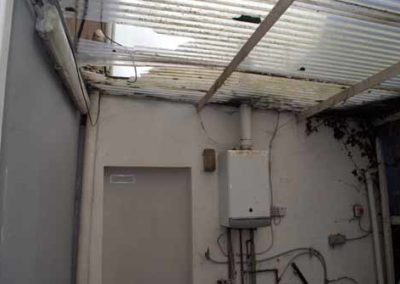 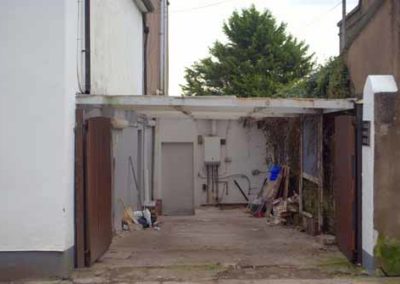 The situation in the house was not much better. There were no internal controls for the heating systems. Everytime the heating needed to be turned on and off, a family member had to go to the carport. Also the cooker hood was vented directly into the boiler area which need to be fixed.

As this was on an older house the boiler couldn’t be located inside the house due to space issues. So the boiler had to remain in the carport. In order to make this an internal space, we built a room for the boiler in the carport. This will protect the boiler, pipework and heating controls. We fixed the roof panels to stop any leaks and exposing the area to the elements.

A new Ideal gas boiler with a seven year warranty was installed and all the piping was insulated. A magnaclean filter was used to keep the system clean internally. The system was upgraded and included a complete new gas line , sauter zoned heating system, new pre- insulated hot water cylinder and thermostatic valves on all radiators. 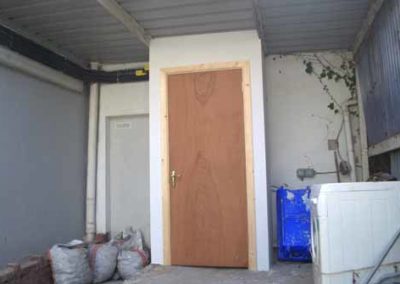 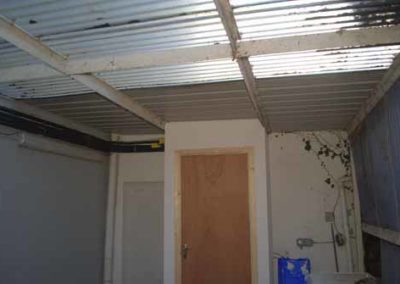 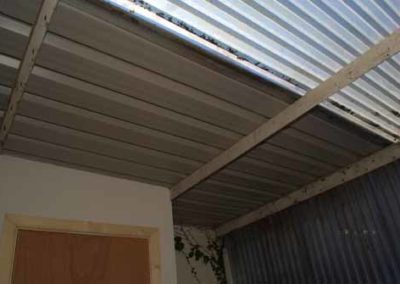 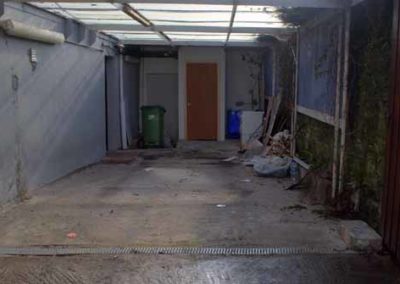 This has made a world of difference to the family as they can now control the heating from inside the home, no more trips out to the carport. The gas system is working and is safe. But also will save them money on their heating bills. A new ‘A’ rated gas boiler is over 90% efficient. This can lead to savings of up to 30% on your energy bills.